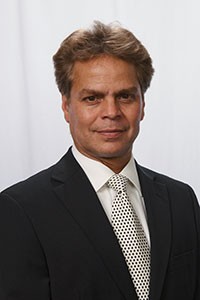 Julian Martinez serves as the practice leader of Puerto Rico for Cowheard, Singer & Company. Before joining CS&Co, Julian was the Catastrophe Manager for a Miami based forensic accounting firm (2005-2011). He also provided services as an independent Commercial Insurance Claims Consultant throughout the Americas, as well as the Caribbean from 1998-2004.  Early in his career, Julian worked as a Forensic Accountant for both RGL Gallagher (1997-1998) and Campos & Stratis (1988-1996).

Julian has a globally diversified background of industry and incident experience. He has provided financial accounting services for a multitude of natural and man-made disasters including hurricanes, tsunamis, earthquakes, oil spills, as well as a variety of named storms.

Julian is a Certified Public Accountant in the State of Florida and in the Common Wealth of Puerto Rico.